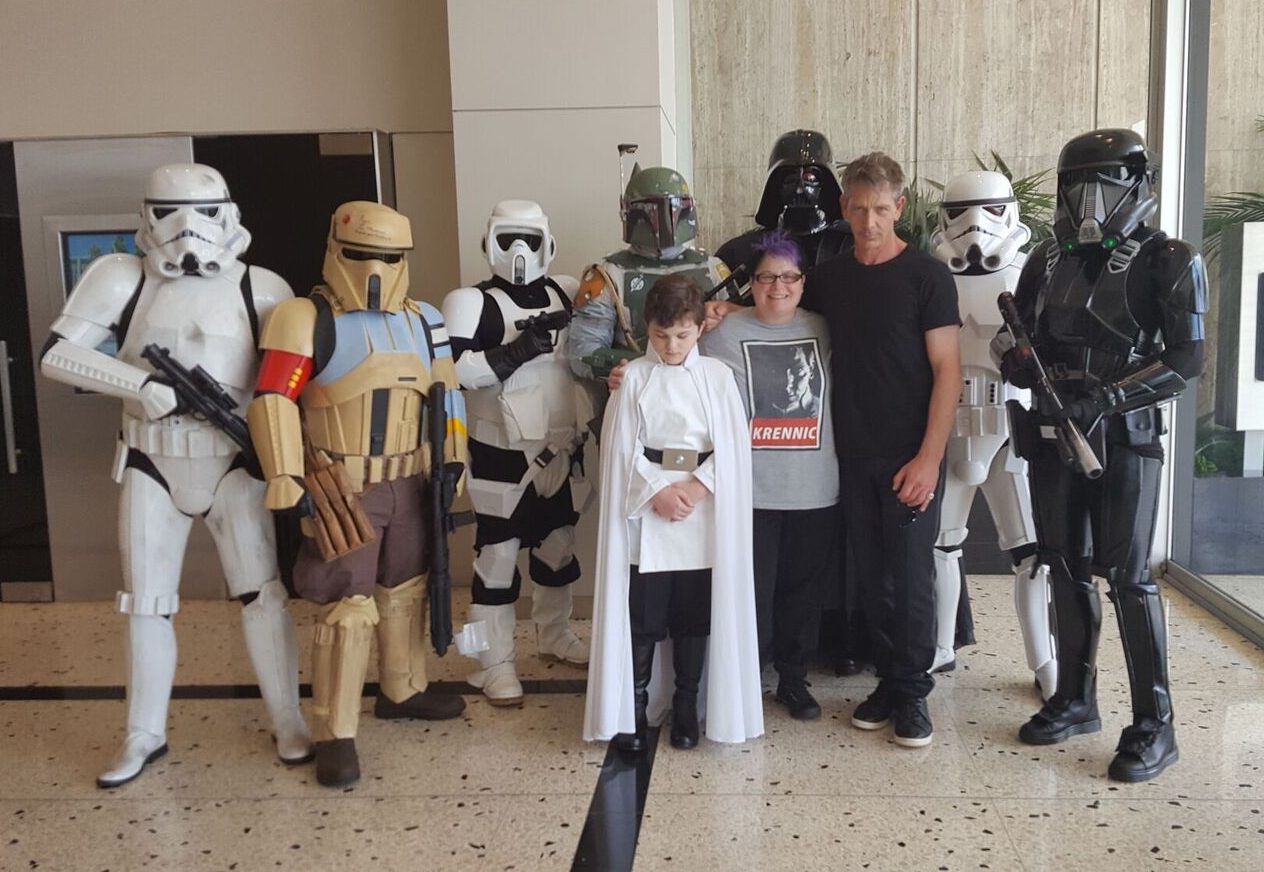 As requested troops from Neon City Garrison and Southern California Garrison rendezvoused at the rally point [-34.067058, -118.391744] within the Hills of Beverly, located within the Southern California territories at 11:30. The pathfinder team, made up of Neon City Garrisons  TK38426, TK6395 and BH14200, breached the building with surprisingly little to no casualties, our troops were supported in the push by Southern California Garrisons ST83835, TB9591, TK33833 and TK86267. Once the area had been cleared, and Imperial presence re-established, Lord Vader SL81730 arrived on site to interrogate any captured Rebel spies.

Upon sweeping the upper levels of the building, the troops discovered Director Krennic, under the guise of a rebel from Me’lbou-rne known to us as Ben Mendelsohn. After verifying identification through the Imperial information data cube, Director Krennic was officially enlisted into the 501st Legion as an Honorary Member. Once he had received his new mission objectives, in the form of a cast-plast RIS one sheet, he granted the troops a few parsecs of his time for holograms and holovids for the “troops back home”.

It was reported that during the mission TK38426 had a slight malfunction in the turbo lift, known as a “fan-gurl moment”, which Director Krennic found quite amusing, after the other troops informed him of the situation.

During the evacuation of Director Krennic from the Rebel base, trooper TK38426, introduced him to his body double CDOK3063 fresh from the Galactic Academies Coruscant Campus. After a few practice movements, Dir. Krennic was visibly pleased by CDOK3063 appearance.

Commanding Officer Judy ID72027 would like to extend her thanks to Commanding Officer “Bender” TK6682 of Southern California Garrison and Squad Leader “Nic” BH 32172 for the deployment of the troops for the successful completion of the mission.

As requested attached some holograms to identify the troopers who successfully carried out this mission: